“Before they call I will answer,

while they are yet speaking

“My wife’s died and I am devastated,” was Jay’s opening sobbing sentence in our first session, “I feel so lost!”

Jay explained that his wife had an MRI because of some headaches she was having. Her metastatic breast cancer was diagnosed shortly thereafter. He had awakened one morning to find her dead across their bed some four months later. She was in her late 30s. They had two children.

The most important requirement for effective clinical work is, in my opinion, to have a good-enough understanding of the patient’s emotional predicament, of what he or she is experiencing emotionally in its relational context. That is the “diagnosis” that really makes a difference. And steady, attuned responsiveness to that emotional experiencing is the guiding light of psychotherapy work.

Phenomenology is the discipline that studies human experience. This study is not restricted to just a description of conscious experience. Rather, it includes the investigation of the psychological dynamic structures that help us organize, or make sense, of what we experience.

Called EMOTIONAL CONVICTIONS, these structures take form and operate relationally within systems of interacting, differently organized, mutually influencing emotional worlds. They function pre-reflectively, that is, not reaching conscious self-awareness. Emotional relatedness and context are the focus of a form of psychology called Intersubjective-Systems Theory.

I responded to Jay saying, “Yes, you are lost, you’re a train to nowhere, a destroyed man, I’m glad you’re here!” With a sigh of relief, he said “You understand, thank you!”, and fearfully he added, “I hope you’re not going to tell me now that time heals everything, are you?”

As our work proceeded, Jay talked about his sense of anguished estrangement, isolation, and solitude. He felt radically altered anymore, different from other people. He could not imagine that anyone could ever comprehend his predicament.

This existential dimension of emotional trauma can be understood in terms of what is called the ABSOLUTISMS OF EVERYDAY LIFE. When a person says to a friend, “I’ll see you later,” or a parent says to a child at bedtime, “I’ll see you in the morning,” these are statements whose validity is not open for discussion.

Such absolutisms form the basis for a kind of naïve realism and optimism that allow one to function in the world, experienced as stable and predictable. It is in the essence of emotional trauma that it shatters these absolutisms, a catastrophic loss of innocence that permanently alters one’s sense of being-in-the-world.

Massive deconstruction of the absolutisms of everyday life exposes the inescapable contingency of existence on a universe that is random, and unpredictable, and in which no safety or continuity of being can be assured. Trauma thereby exposes the “unbearable embeddedness of Being”.

From an intersubjective-systems perspective, developmental trauma is understood as the experience of unbearable emotion. The intolerability of an affect state cannot be explained solely, or even primarily, on the basis of the quantity or intensity of the painful feelings evoked by an injurious event. 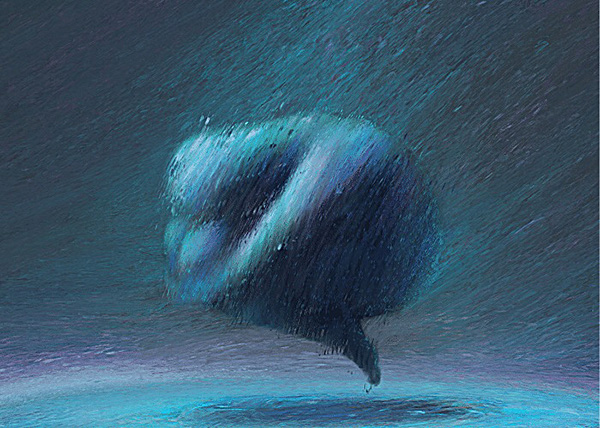 TRAUMATIC AFFECT can be grasped only in terms of the relational systems in which they are felt. Developmental trauma originates within a formative intersubjective context whose central feature is malattunment to painful emotion—a break-down in the child-caregiver interaffective system leading to the child’s loss of affect-integrating capacity and thereby to an unbearable, disorganized state.

Painful or frightening emotions become traumatic when the attunement that the child needs to assist in its tolerance and integration is profoundly absent.

Injurious childhood experiences —and bereavement at any age— in and of themselves need not be traumatic, at least not lastingly so, or pathogenic, provided they occur within a responsive milieu. PAIN IS NOT PATHOLOGY. It is the absence of an adequate RELATIONAL HOME to a person’s painful emotional reactions that renders them unendurable and thus a source of traumatic states and psychopathology.

Not having a relational home for his devastation is what had affected Jay so profoundly and what he dreaded most.

“Trauma recovery” is a misnomer for the development of an expanded emotional world that coexists alongside with the absence of the one that has been shattered by trauma. The expanded world and the absent shattered world may be more or less integrated or dissociated, depending on the degree to which such emotional pain finds a relational home, a context of human understanding in which it can be held.

The proper therapeutic comportment or presence towards another’s emotional trauma may be characterized as a kind of EMOTIONAL DWELLING. We must not turn away from another’s experience of trauma by offering false reassurances about time healing all wounds or empty platitudes about letting go and moving on. We offer such reassurances and platitudes when another’s traumatized state confronts us with our own finitude and vulnerability, and so we turn evasively away.

If we are to be an understanding relational home for a traumatized person, then we must tolerate our own vulnerabilities so we can dwell unflinchingly with his or her unbearable and repeating emotional pain.

When we dwell with others’ unendurable pain, their shattered emotional worlds are enabled to shine with a kind of SACREDNESS that calls forth an understanding and caring engagement within which traumatized states can be gradually transformed into bearable painful feelings. Emotional pain and existential vulnerability that find a hospitable relational home can be seamlessly and constitutively integrated into whom one experiences oneself as being.

PRAISE BE TO GOD!